The UVC (254nm) and UVV (185nm) light produced by Sanuvox UV systems are the same two wavelengths produced by the Sun. The UVC wavelength attacks the micro-organisms on a molecular level deactivating and destroying the contaminants, while the UVV wavelength degrades the chemicals and odors.

Unlike conventional lamps on the market, Sanuvox UV air purification systems use a patented process designed to deliver the maximum UV dosage to the moving air-stream.

The addition of Cobalt in the PCO matrix boosts the efficiency of the catalyst active sites to ensure complete destruction of odorous contaminants, which is not the case with other conventional PCO units being sold.

Our product’s proprietary 18” high intensity UV ‘J’ lamp has all the advantages of the intensity of two UV lamps with the replacement cost of only one. The combination UVC and UVV wavelengths incorporated into one lamp make biological, chemical and odor destruction possible.

By using a turbulator to spin the air as it enters the reflector chamber, our products process guarantees that the air receives the maximum UV dosage possible. Dwell (contact) time between the air and the UV light is also increased, resulting in higher destruction rates. The aluminum reflector chamber contains and reflects the UV energy delivering maximum efficiency. 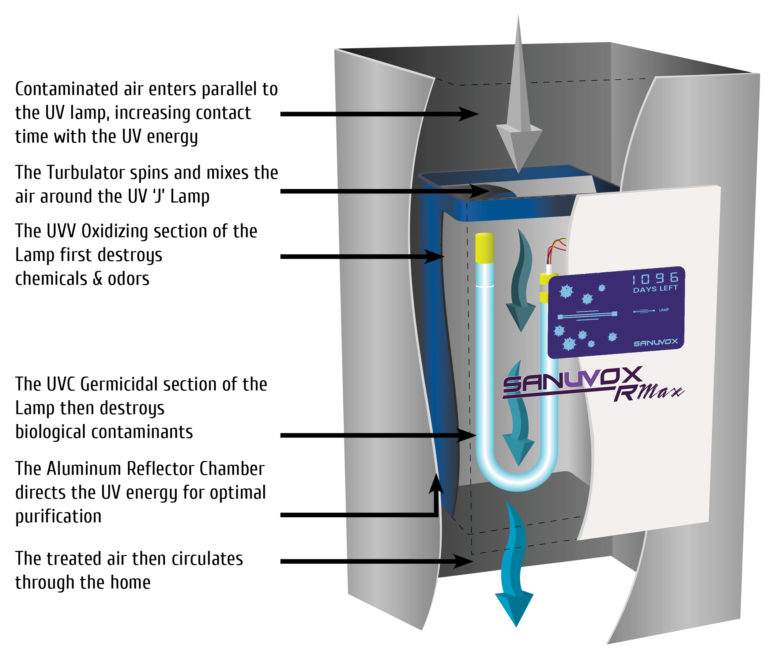 PARALLEL ORIENTATION OF THE AIR-STREAM

Because the two legs of the UV lamp and the reflector chamber are mounted parallel to the air-stream, the dwell time between the air and the UV light is exponentially increased. The longer the air is in contact with UV light, the more UV energy can be delivered to the air-stream, resulting in a higher destruction rate. 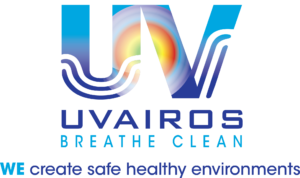